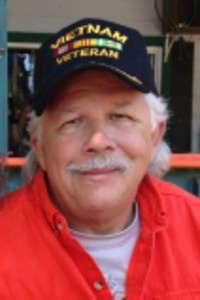 Mr. Albert "Al" William Reger, age 72, of Winston, Georgia, passed away on Wednesday, October 6, 2021. He was born December 6, 1948 in Baltimore, Maryland, the son of the late Albert John Reger and Mattie L. Hopper Reger. Mr. Reger served as an airplane mechanic on the USS Enterprise during the Vietnam War. He was a proud member of the Patriot Guard where he was a ride captain for several years. He made a living as a truck owner and operator and had a passion for trucks. Mr. Reger spent lots of time at car shows and car cruises over the years. He is survived by his wife Kathy Adams Reger; Son and daughter-in-law Brandon Reger and Faith Moffat of Winston; Grandchildren Aiydn and Elese; and several nieces, nephews and cousins. Visitation will be Friday, October 8 from 5-8:00 P.M. and Saturday, October 9 from 4-8:00 P.M. at the Villa Rica Chapel of Jones-Wynn Funeral Home. Funeral services will be conducted at the Villa Rica Chapel of Jones-Wynn Funeral Home on Sunday, October 10, 2021 at 2:00 P.M. Pallbearers will be Derrick Robinson, Mark Ellis, Lance Maxwell, Ryan Mayo, Ross Rushing, and Kenny Jennings. Carl Pyrdum, friend of Mr. Reger, will speak, and Pastor Billy Godwin will officiate. Interment will be at Meadowbrook Memory Garden, 1100 NE Hickory Level Road, Villa Rica. Messages of condolence may be sent to the family at www.jones-wynn.com. Jones-Wynn Funeral Home, Inc. and Cremation Services of Vila Rica in charge of arrangements. 770-459-3694.
To order memorial trees or send flowers to the family in memory of Albert William Reger , please visit our flower store.