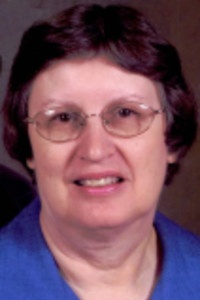 Mrs. Annie "Laurie" Martin Brackin, age 82 of Douglasville, Georgia passed away Monday, July 5, 2021. She was born April 21, 1939 in Cadley, Georgia at the family homestead, the daughter of the late Mr. Willie Frank Martin and the late Mrs. Jennie Mae Wilson Martin. Mrs. Brackin graduated from Thompson High School in 1957 and worked for the Western Electric Company, which later became AT&T, until her retirement in 1992. Laurie and her husband, Bill, were married 48 years before his death in 2013. She enjoyed gardening, reading, and most of all her family and her church. She was a founding member of the Douglasville Baptist Temple in Douglasville, GA and supported many ministries within the church and other local civic groups. In addition to her parents, she is preceded in death by her husband, Mr. William Gerald Brackin; sister, Evelyn Martin Reese Lambert. Mrs. Brackin is survived by daughter and son-in-law, Karen and James Patterson of Corbin City, New Jersey; son and daughter-in-law, Keith and Wendy Brackin of Douglasville, Georgia; two sisters, Katheryn Hinton of Fayetteville, Georgia, Frankie Miller of Thompson, Georgia; grandchildren, Paul Sumner and Natalie Patterson, Cana Ruth Patterson, Geneva Laurie Patterson, Bailey Elizabeth Brackin, Maddox James Brackin, William Dashel Brackin; and several beloved nieces and nephews also survive. The family will receive friends at Douglasville Baptist Temple of Douglasville, Georgia, Thursday, July 8, 2021 from 6:00 PM until 8:00 PM. Funeral Services will be conducted Friday, July 9, 2021 at 10:00 AM at Douglasville Baptist Temple with Bro. Michael Coward officiating. Interment will follow at Sunrise Memorial Gardens. In lieu of flowers, those wishing to do so may make donations to Douglasville Baptist Temple Missionary Fund, 3951 Simon Road, Douglasville, GA 30135. Messages of condolence may be sent to the family at www.jones-wynn.com. Jones-Wynn Funeral Home & Crematory of Douglasville is in charge of the arrangements. 770-942-2311
To order memorial trees or send flowers to the family in memory of Annie "Laurie" Martin Brackin, please visit our flower store.