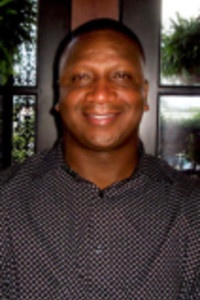 Anthony was born January 27, 1976 in Greensboro, Alabama as the oldest son to Arthur Green and Tester Mae Davis Reed. Anthony received his formal education from Tucker High School in the DeKalb School District and went on to further his education at East Tennessee College, where he earned a Bachelor of Science Degree in 1999. Anthony met Antoinette (April) in 2001 and after dating for five years he knew he could not wait any longer to make this woman his bride. So, he asked her hand in marriage and on September 6, 2006 this woman became his wife and took on the name Mr. Anthony Lamar Reed. Four years later the love they shared made them become the proud parents of their handsome son Brayden Reed, which he was very proud of and he loved him very much. Anthony was a quiet person with a caring and a genuine personality and he was a very good listener. He also had a very loving and humble spirit and was protective beyond measure of his family and friends. Anthony loved the R&B singer Patty La Belle and was a huge sports fanatic who could always be found watching some sort a sport whether it be boxing, basketball or football, any sport would do for him. Anthony was preceded in death by his sister Betrice Davis and grandparents Andrew and Marie Reed. Anthony leaves to cherish his memory his wife of 14 years, Mrs. Antoinette Marie Allen Reed, son Brayden Reed, his father Arthur Reed, all of Douglasville, Georgia; mother, Tester and stepfather, Wylie Davis, sister, Pamela Davis and brother, Mario Davis of Greensboro, Alabama; brother, Jarvoddis Quintel Marshall of Tuscaloosa Alabama and a very loving mother -n- law Barbara Allen as well as a host other relatives and friends. According to Mr. Reed's wishes, he was cremated. The family will receive friends at Jones-Wynn Funeral Home of Douglasville, Tuesday, November 24, 2020 from 12:00 PM until 1:00 PM. Memorial Services will be conducted Tuesday, November 24, 2020 at 1:00 PM from the Chapel of Jones-Wynn Funeral Home of Douglasville with Dr. Apostle Resha Little officiating. Messages of condolence may be sent to the family at www.jones-wynn.com. Jones-Wynn Funeral Home of Douglasville is in charge of the arrangements. 770-942-2311
To order memorial trees or send flowers to the family in memory of Anthony Lamar Reed, please visit our flower store.