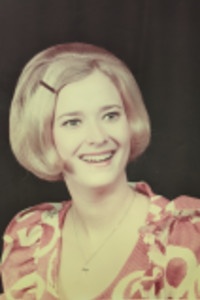 Betty Marie Malcolm, age 71, of Douglasville, passed away Saturday, April 23, 2022. She was born April 2, 1951, Greensboro, North Carolina, daughter of the late Mr. Willis Howard Crawford and the late Mrs. Geraldine Alva Kubiac. Mrs. Malcolm enjoyed watching baseball and was a devoted Atlanta Braves fan. She was affectionately known as "Mamma Cricket" and loved being around her family especially her grandkids. In addition to her parents she is preceded in death by her son, Monty Malcolm; brother, Byron Crawford; and sister Connie Kaiser. She is survived by her husband, Robert "Rab" Edward Malcolm; daughter and son in law, Kristie and Shawn Brown of Douglasville; grandchildren and spouse Savannah and Clark Hendrix, Adair Malcolm, Aleah Malcolm, and Alana Malcolm; and several nieces and nephews. The family will receive friends at Jones-Wynn Funeral Home and Crematory in Douglasville on Wednesday, April 27, 2022 from 5:00 PM to 8:00 PM. A Memorial Service will be conducted on Thursday, April 28, 2022 at 2:00 PM from the Chapel of Jones-Wynn Funeral Homes and Crematory in Douglasville. Messages of condolence can be sent to www.jones-wynn.com. Jones-Wynn Funeral Home and Crematory is in charge of arrangements. 770-942-2311
To order memorial trees or send flowers to the family in memory of Betty M. Malcolm, please visit our flower store.