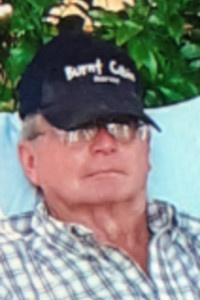 Mr. Blaine Franklin Pickelsimer, known to many as "Tractor Man", age 76, of Villa Rica, Georgia passed away Sunday, September 12, 2021. He was born July 12, 1945 in Copperhill, Tennessee, the son of the late Jesse Willard Pickelsimer and the late Frankie Ruth Ross Pickelsimer. He worked for many years and retired from the commercial construction industry as a project superintendent for MWC Construction based in Carrollton. He also worked for Ricks Construction in Gwinnett County and Lusk Construction Company in Atlanta. Mr. Pickelsimer enjoyed working on tractors, fixing antique cars, especially 1950 Fords and attending car shows. He was a very kind and generous man with a big heart. In addition to his parents, Mr. Pickelsimer was preceded in death by his first wife, Rose Marie Green Pickelsimer; his brother, Donald M. Pickelsimer and his grandson, Dylan Pickelsimer. Survivors include his wife, Lynda Lynn Pickelsimer of Villa Rica; his sons and daughter-in-law, Scott Pickelsimer of Temple and Stephen and Tammy Pickelsimer of Villa Rica; sisters and brothers-in-law, Jewell Green of Jonesboro, Betty and Gilbert Dean of Griffin and Debra and Daniel Allen; his brothers and sisters-in-law, twin brother, Wayne and Margaret Pickelsimer of Villa Rica and Doyle and Sandra Pickelsimer of Jackson; his step-children, Tony Robinson, Robin DuBois and Candy Crawford; and numerous grandchildren and numerous great grandchildren also survive. The family will receive friends at Jones-Wynn Funeral Home and Cremation Services of Villa Rica, Wednesday, September 15, 2021 from 2:00PM until 3:00PM. Funeral services will be conducted Wednesday, September 15, 2021 at 3:00PM from the Chapel of Jones-Wynn Funeral Home, Villa Rica. Entombment will follow in Meadowbrook Memory Gardens on Hickory Level Road in Villa Rica, Georgia. Messages of condolence may be sent to the family at www.jones-wynn.com. Jones-Wynn Funeral Home and Cremation Services of Villa Rica is in charge of the arrangements 770-459-3694.
To order memorial trees or send flowers to the family in memory of Blaine Franklin Pickelsimer, please visit our flower store.