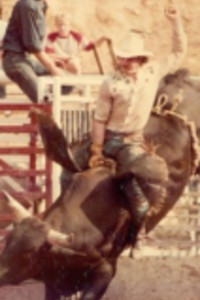 Mr. Carl Michael "Mike" Bryce, age 63, of Villa Rica, Georgia, passed away Wednesday, December 2, 2020. He was born October 23, 1957, in Villa Rica, Georgia, the son of the late Mr. Loyd Henry Bryce, Jr. and the late Mrs. Etta Ann Morrow Bryce. He worked for JLG Industries as a ReSet manager for heavy equipment. Mr. Bryce loved everything rodeo, from bull riding to barrel racing. He was an avid deer hunter and outdoor sportsman. Mr. Bryce was UGA football's biggest fan. He was of the Christian faith. In addition to his parents, Mr. Bryce was preceded in death by his brother, Terry Loyd Bryce. He is survived by his wife, Mrs. Cheryl DeFoor Bryce of Villa Rica; his daughters, Heather Bryce Prevatt of Villa Rica, Josie Bryce and her fiancé, Brice Taylor of Temple, Brittni Bryce of Villa Rica, Caroline and Harold Howton of Villa Rica and Beth DeFoor of Villa Rica; his sister, Lisa Bryce Davis of Villa Rica; one grandchild, Trevor Prevatt; and several nieces also survive. A celebration of life gathering will take place at Jones-Wynn Funeral Home in Villa Rica, Sunday, December 6, 2020 from 3:00PM until 6:00PM. Messages of condolence may be sent to the family at www.jones-wynn.com. Jones-Wynn Funeral Home of Villa Rica is in charge of the arrangements. 770-459-3694
To order memorial trees or send flowers to the family in memory of Carl Michael "Mike" Bryce, please visit our flower store.