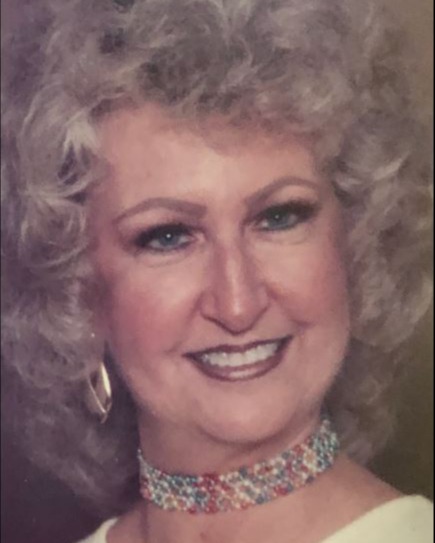 Carolyn Russell Anderson was born on March 8, 1941, a twin to Mary Lou Russell James, in Lancaster, PA, to the late Margaret (Peggy) Stortz Russell and the late Fred H. Russell of Atlanta, GA. She was a loving wife and devoted mother and grandmother.

She grew up in the Little Five Points area of Atlanta and graduated from Bass High School in 1958. She attended Marsh Business College where she met her husband, Dale F. Anderson, of Griffin, GA. They were married in January 1960 and had two daughters, Susan and Cindy.

Carolyn worked as a Secretary/Administrative Assistant for 43 years and in later years also served as Office Manager for a large Atlanta-based company. She was employed by the IRS for several years and retired from Americold Logistics, Inc., after 36 years, in April of 2003.

She joined the First United Methodist Church of Lithia Springs in 1973 and served as Secretary to many committees, including Recording Secretary to the Administrative Board off and on for 30 years. She also served as Secretary/Treasurer for “The Crusaders” Sunday School Class, which they joined in 1972, and the Hannah Circle, an active women’s church group that she joined in 1977.

Carolyn’s passion was pictures, having so many scrapbooks they had to build a bookcase to hold them all. She also enjoyed making scrapbooks for the Sunday School Class and her women’s group. She also loved greeting cards and sent literally thousands to friends and family over the years, always with her own personal message included. Another activity that gave her pleasure was working with her high school reunion committee and attending annual reunions and get-togethers.

Carolyn served as her sister, Mary Lou’s, caregiver for many years after Mary Lou’s strokes and subsequent heart and lung problems until her death in December 2009.

Over the years, Carolyn enjoyed water skiing, cross-stitching, scrapbooking, reading, playing cards, line-dancing, camping with friends, and relaxing at their cabin in the North Georgia Mountains.

To order memorial trees or send flowers to the family in memory of Carolyn Anderson, please visit our flower store.