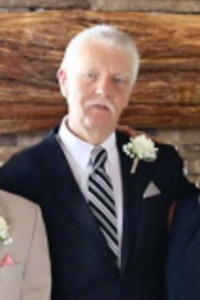 Mr. Charles Lee Mote, Jr. age 63, of Temple, Georgia, passed away Saturday, January 16, 2021. He was born December 2, 1957 in Carrollton, Georgia, the son of the late Mr. C.L. Mote and the late Mrs. Gladys Marie Hughes Mote. Mr. Mote owned a promotional advertising company for several years. He was known as "The Flag Man" and was an avid Atlanta Braves fan. Mr. Mote enjoyed spending time with his family and was a loving father and grandfather. He was a member of Sweetwater Baptist Church in Douglasville. In addition to his parents, Mr. Mote was preceded in death by his sister, Jean Jordan. He is survived by his wife of over 31 years, Mrs. Renee Archer Mote of Temple; his sons and daughters-in-law, Eric Magnuson of Temple, Colton and Kayla Mote of Temple, Chaz and Tiphanie Mote of Temple and Chance and Zoe Mote of Carrollton; his brother, John Mote of Cartersville; six grandchildren, Aubrie Mote, Ryder Mote, Carson Mote, Kennedy Mote, Raiden Mote and Cole Mote; and a number of nieces and nephews also survive. In accordance with Mr. Mote's wishes, he will be cremated. The family will receive friends at Sweetwater Baptist Church in Douglasville, Friday, January 29, 2021 from 11:00AM until 12:00Noon. A memorial service will be conducted at 12:00Noon from Sweetwater Baptist Church in Douglasville with Rev. Daryl Jones officiating. Messages of condolence may be sent to the family at www.jones-wynn.com. Jones-Wynn Funeral Home of Villa Rica is in charge of the arrangements. 770-459-3694
To order memorial trees or send flowers to the family in memory of Charles Lee Mote, Jr., please visit our flower store.