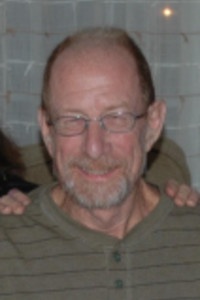 Mr. Charles Marcus "Mark" Dorough, age 66, of Villa Rica, Georgia, passed away on Sunday, October 24, 2021. He was born November 22, 1954 in Villa Rica, Georgia, the son of the late Mr. Charles Dorough and the late Mrs. Virginia Hembree Dorough. He worked as a carpenter in the construction industry. Mr. Dorough loved his wife and family. He was a man of honor, a man of his word and a man who loved the Lord with all his heart. Mr. Dorough was a member of Midway Church. He is survived by his wife of over 20 years, Virginia Dianne Lovell Dorough of Villa Rica; his daughter, Julia Dorough of Villa Rica; his sisters and brothers-in-law, Patricia and Kelly McCord of Villa Rica and Charlotte and Toby Hall of Villa Rica; his brother and sister-in-law, Jeff and Sharon Dorough of Carrollton; 3 granddaughters; two God sons, Matthew Duncan of Villa Rica and Blake Duncan of Villa Rica; and several nephews also survive. The following gatherings will be held In Memory of Mark Dorough: Sunday, December 5, 2021 at Midway Church - at 1:00PM A Condolence Walk in the Sanctuary, at 2:00PM a Memorial Service in the Sanctuary and at 3:00PM A Celebration of Life in the Fellowship Hall with Pastors Jason Collins and Todd Wright officiating. Messages of condolence may be sent to the family at www.jones-wynn.com. Jones-Wynn Funeral Home and Cremation Services of Villa Rica is in charge of the arrangements 770-459-3694.
To order memorial trees or send flowers to the family in memory of Charles Marcus "Mark" Dorough, please visit our flower store.