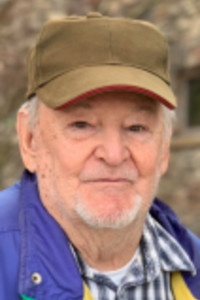 Edward Allen Mercer, age 92 went peacefully to meet his Lord and Savior in the comfort of his home, with family by his side, on Sunday, March 20, 2022. Edward was born June 29, 1929 in Jefferson County Birmingham, Alabama, the son of the late Mr. Alvin Hunter Mercer and the late Mrs. Golda Mae Mercer. Ed Mercer was of the Methodist faith and had a strong love for singing, especially his favorite Amazing Grace. Ed attended Starke University Military School in Montgomery, AL, where he earned the nickname of "crazy legs" while participating in track and field for his quick speed on the field. Ed also enjoyed participating in many sports; he played on the 774 AC&W SQ Madera CA FLIERS fast ball team and was known by many as an amazing golfer. After school Ed enlisted with the Air Force for a tour of duty in the Korean Conflict, he was stationed on Ch'o-do Island in Korea. Ed & Bea moved to Atlanta, GA after his service to begin a new career and raise a family. Ed worked for 30 plus years with Fireman's Fund Insurance Company as a data processor. During this time Ed & Bea raised three wonderful children one son & two daughters. Before retiring Edward also worked at Sam's as a door greater where many came to know and love him. Ed was a devoted husband for 68 years, before the passing of his wife. In his retirement years Ed loved to follow the Augusta National Golf Tournament, Atlanta Falcons and Atlanta Braves. His other pastimes included watching the many local birds and perfected a hand whistle call that hummingbirds would come to the feeders when they heard him. In addition to his parents he was preceded in death by his wife, Mrs. Beatrice Patricia Mercer; brothers, Billy Mercer and Tommy Mercer; sisters, Sue Gnewikow and Betty Jane Todd. He is survived by his son, Ron and Maggie Mercer of Vacaville, California; daughters, Teresa and Rodney Stamback of Villa Rica, Susan and Ted Tyson of Villa Rica; grandchildren, Brandon Mercer, Dillon Mercer, Joshua Jensen, Travis Jensen, Stacy Truitt and Jessica Tyson; six great grandchildren; several nieces and nephews; special caregiver, Cathy Strickland, many special neighbors and friends. The family would like to express their gratitude to Sacred Journey Hospice for their loving devotion to Mr. Ed. And a special thanks to Chaplain Sam Braswell for his compassion and words of faith. Family will receive friends at Jones-Wynn Funeral Home in Villa Rica on Thursday, March 31, 2022 from 1:30 PM to 3:00 PM. The Funeral service will be conducted Thursday, March 31, 2022 at 3:00 PM from the Chapel of Jones-Wynn Funeral Home with Chaplain Sam Braswell officiating. Interment will be conducted on Friday, April 1, 2022 at 1:30 PM at Georgia National Cemetery Canton Ga. Pallbearers: Brandon Mercer, Dillon Mercer, Joshua Jensen, Travis Jensen, Eric Truitt, David Howell; Honorary Pallbearers: Rodney Stamback and Ted Tyson. Funeral service will be livestreamed for those who cannot attend. Messages of condolence may be sent to the family at www.jones-wynn.com Jones-Wynn Funeral Home, inc. and Cremation Services of Villa Rica, GA 30180.
To order memorial trees or send flowers to the family in memory of Edward Allen Mercer, please visit our flower store.