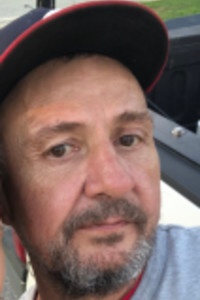 Edward "Greg" Gibby II, age 52, of Villa Rica, Georgia, passed away on Wednesday, November 3, 2021. He was born November 3, 1969 in Atlanta, Georgia, the son of the late Mr. Edward Vernon Gibby and Mrs. Shelia Diane Armstrong Gibby. He is survived by his sons and daughter-in-law, Edward Gregory II and Kera Gibby of Lula, Georgia, and Jacob Edward Gibby of West Virginia; his mother, Shelia Diane Armstrong Gibby of Villa Rica, Georgia; his sister and brother-in-law, Laura and Scott Morrison of Villa Rica, Geogia.; and his grandchildren Brynlee and Ambre. The family will receive friends at Dorsett Shoals Baptist Church in Douglasville, Tuesday, November 9, 2021 from 12:00PM until 1:00 followed by a Memorial Service at 1:00PM for family and friends. Messages of condolence may be sent to the family at www.jones-wynn.com. Jones-Wynn Funeral Home and Cremation Services of Villa Rica is in charge of the arrangements 770-459-3694.
To order memorial trees or send flowers to the family in memory of Edward "Greg" Gregory Gibby, II, please visit our flower store.