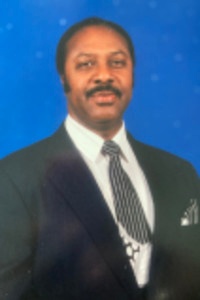 Fernando Alfonso Dudley, the fourth child of (the late) Edison and Cecila Dudley, was born on October 21, 1942 in Panama, Republic of Panama, where he received his formal education at La Escuela de Artes y Oficios, Melchor Lasso de la Vega and graduated in January 1964. After graduating, Fernando worked at Estrella Azul in Panama before migrating to the United States. Fernando migrated to the United States in 1968. He worked at Chemical Bank and then at American Locksmith for 30 years and retired in 2008. He was very skillful in other areas, such carpentry, and electrical work and always willing to help others. Fernando was loving called "Tito" by friends and family. He married his second wife, Doris Dudley on September 3, 2008, and lived happily until his untimely departure. He succumbed to his illness and has been battled cancer for over 13 years. He leaves with us a legacy of a devoted husband, caring father, grandfather, and a wonderful friend. Fernando is predeceased by his two brothers, Crispin Dudley and Rodrigo Dudley; his sister, Sylvia McKenzie; and his grandson Luis Enrique Murillo. Fernando leaves to cherish his memory, his loving wife Doris Yearwood-Dudley, his four children, Cecilia Dudley, Alonso Dudley, Edison Dudley, Tamara McFarlane, his stepchildren, Keysha, and Jerome, and his daughter in law, Angelica Dudley, His grandchildren, Lizbeth, Brianna, Xybre, Allison, Natalie, Chris, Alonso Fernando, Alonso Alfonso, Fernando, Teran, Taylor, Jayden, and two great grandchildren, and a host of nieces, nephews, cousins, and friends. The family will receive friends at Jones-Wynn Funeral Home & Crematory Sunday, May 2, 2021 from 11:00 AM until 12:00 PM. Memorial Services will be conducted Sunday, May 2, 2021 at 12:00 PM from the Chapel of Jones-Wynn Funeral Home & Crematory. Messages of condolence may be sent to the family at www.jones-wynn.com. Jones-Wynn Funeral Home & Crematory of Douglasville is in charge of the arrangements. 770-942-2311
To order memorial trees or send flowers to the family in memory of Fernando Alfonso Dudley, please visit our flower store.