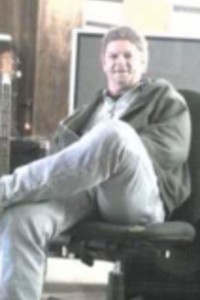 Mr. Gomer Lamar "Pete" Cole, age 62, of Temple, Georgia, passed away Thursday, March 18, 2021. He was born April 30, 1958 in Paulding County, Georgia, the son of the late Mr. Joseph Grover Cole and the late Mrs. Helen Gilliard Cole. He worked as a heavy equipment mechanic. Mr. Cole loved motorcycles and playing bass guitar in his band. He is survived by his daughter, Selena Dodd; his sons and daughter-in-law, Dusty and Katie Baxter of Aragon and Corey Baxter; his sisters and brothers-in-law, Mary and Brian Beatty of Temple, Darcile and James Austin of Dallas and Edna and Marvin Moss of Temple; his brothers and sisters-in-law, Joel and Joann Cole of Cragford, Alabama, Daniel and Sharon Cole of Buchanan, James and Darlene Cole of Temple and Alfred Cole of Alpharetta; several grandchildren and many nieces, nephews, great nieces and nephews also survive. In accordance with Mr. Cole's wishes, he will be cremated. The family will receive friends at Jones-Wynn Funeral Home of Villa Rica, Sunday, March 28, 2021 from 3:00PM until 4:00PM. Memorial services will be conducted Sunday, March 28, 2021 at 4:00PM from the Chapel of Jones-Wynn Funeral Home with Rev. Joey Meeks officiating. Messages of condolence may be sent to the family at www.jones-wynn.com. Jones-Wynn Funeral Home of Villa Rica is in charge of the arrangements. 770-459-3694
To order memorial trees or send flowers to the family in memory of Gomer Lamar "Pete" Cole, please visit our flower store.