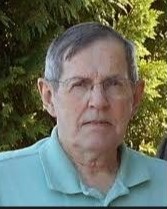 Colonel James Edgar Graham, Retired, age 78, of Douglasville, passed away Friday, September 16, 2022. He was born November 6, 1943, son of the late Mr. William Murr Graham and the late Mrs. Roberta Ardith Edgar. Mr. Graham was in the United Stated Army for 30 years. He loved his family and his country.

In addition to his parents his is preceded in death by his brother, William Graham; sister, Barbara Sheldon.

According to Mr. Graham’s wishes he was cremated, no services planned at this time.

To order memorial trees or send flowers to the family in memory of James E Graham, please visit our flower store.