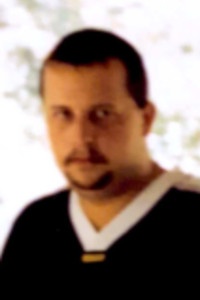 Mr. James Randall "Randy" Harrison, age 41 of Temple, Georgia passed away Thursday, September 2, 2021. He was born November 2, 1979 in Atlanta, Georgia, the son of Jesse "Smoke" Robert Harrison and Martha Terry Harrison. He worked as an automotive body man for Phillips Paint and Body. Mr. Harrison loved working on cars and anything about cars so much so that he and his Dad, Smoke, were planning on starting a car repair business at their home. He collected and built guns and enjoyed being with friends. Mr. Harrison is preceded in death by his brother, Jason Robert Harrison. He is survived by his daughter, Haley Reanna Harrison; his parents, Jesse "Smoke" Robert Harrison and Martha Terry Harrison of Temple; his nieces and nephew, Hannah Harrison, Peyton Harrison and Trenton Harrison, all of Mableton; and numerous aunts, uncles and cousins also survive. The family will receive friends at Jones-Wynn Funeral Home and Cremation Services of Villa Rica, Wednesday, September 15, 2021 from 5:00PM until 7:00PM. Funeral services will be conducted Thursday, September 16, 2021 at 11:00AM. Serving as pallbearers will be Drew Pounds, Doug Gill, Timothy Mullins, Kevin Brock, Brandon Harrison, Anthony Mason, Ashton Lawhorn and Bradley Harrison. Honorary pallbearer will be Trenton "T-Man" Harrison. Interment will follow at Meadowbrook Memory Gardens on Hickory Level Road in Villa Rica, Georgia. Messages of condolence may be sent to the family at www.jones-wynn.com. Jones-Wynn Funeral Home & Cremation Services of Villa Rica is in charge of the arrangements. 770-459-3694
To order memorial trees or send flowers to the family in memory of James Randall "Randy" Harrison, please visit our flower store.