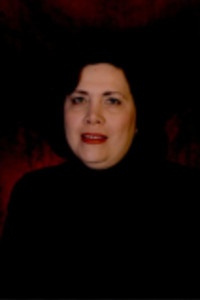 Ms. Janice Sue Hanson Whitmire York, age 69, of Carrollton, Georgia, passed away Friday, October 30, 2020. She was born January 16, 1951, in Carroll County, Georgia, the daughter of the late Mr. James Harold Hanson and the late Mrs. Laura Rudene Newell Hanson. Ms. York worked as an insurance agent. She was an avid supporter of politics and was very involved in the happenings of the political world. Ms. York enjoyed travelling and visited many parts of the world. She was of the Baptist faith. She is survived by her son and daughter-in-law, George Ralls, Jr. and Rebecca Ralls of Bremen; her daughter, Vicki Perdue of Fayetteville; 6 grandchildren; several great-grandchildren, cousins and her Aunt Ruth Hanson. The family will receive friends at Jones-Wynn Funeral Home, Villa Rica on Tuesday, November 3, 2020 from 1:30PM until 2:30PM. Funeral Services will be conducted from the Chapel of Jones-Wynn Funeral Home, Villa Rica at 2:30PM with Rev. Fred Cooke officiating. Serving as pallbearers will be George Ralls, Jeff Matthews, Dalton Avery, Larry Boggs, Matt Cole, Randy Carden and Brian Carden. Honorary pallbearer will be Andy Chance. Entombment will follow in the mausoleum at Meadowbrook Memory Gardens on Hickory Level Road in Villa Rica, Georgia. Messages of condolence may be sent to the family at www.jones-wynn.com. Jones-Wynn Funeral Home of Villa Rica is in charge of the arrangements. 770-459-3694
To order memorial trees or send flowers to the family in memory of Janice Sue Hanson Whitmire York, please visit our flower store.