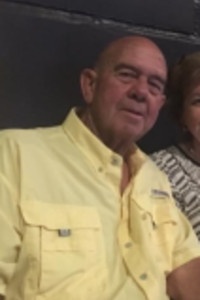 Jerry Ralph Broadaway, age 75, of Fairfield in Villa Rica, passed away Friday, May 20, 2022. He was born December 29, 1946, in Rome, Georgia, son of the late Mr. Ralph Broadaway and the late Mrs. Mattie Lou Vanhorn. He was a long time member of First Presbyterian Church of Douglasville. Mr. Broadaway enjoyed his career with the city of Atlanta Police Department where he served as APD Vice Detective. Later in his career he and his wife opened The Pool Store on Hwy 5 in Douglasville which they operated for many years. Jerry had an infectious laugh and he always enjoyed being with his relatives and friends. He and his wife both loved to give back to his community and they served at the Carroll County Soup Kitchen. Both Jerry and Linda were supporters of the Atlanta Falcons and enjoyed having season tickets for over fifty years. Of all accomplishments his favorite was being a father and "Papa J" to all his girls. In addition to his parents he is preceded in death by his sister, Betty Marie Langley. He is survived by his wife of almost 52 years, Linda Fincher Broadaway of Villa Rica; daughters, Lisa Broadaway Tibbetts of Atlanta, Jodi Broadaway Dunn of Decatur; two grandchildren, Mattie Jewell Tibbetts of Atlanta and Penny Evelyn Dunn of Decatur, and several nieces and nephews. A Celebration of Life will be held Saturday, May 28, 2022 at 2:00 PM from the home of Matt and Kitty Shipp, 4420 Oliver Lane, Douglasville, GA 30135. In Lieu of flowers donations may be made to the Carroll County Soup Kitchen, P.O. Box 2457, Carrollton, GA 30117 or Tanner Hospice Care, P.O. Box 1136, Carrollton, GA 30112. Messages of condolence may be sent to the family at www.jones-wynn.com. Jones-Wynn Funeral Home, Inc. and Crematory of Douglasville is in charge of arrangements.
To order memorial trees or send flowers to the family in memory of Jerry Ralph Broadaway, please visit our flower store.