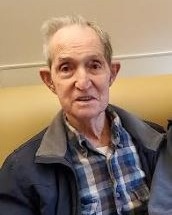 Kirby Norman, 85, Villa Rica, Ga, passed away on Monday, September 26, 20022, at Tanner Medical Center in Carrollton. He was born on March 21, 1937, in Carroll County.  He is the son of the late Walter Norman and the late Clara Norman.  He was the last living child of ten children.

Mr. Norman loved his family, his church and the Lord. He loved working in his garden, as long as his health permitted it. He was a loyal Braves fan. He retired from Merical Products after several years.

Messages of condolence may be sent to www.jones-wynn.com Jones-Wynn Funeral Home, Inc. and Cremation Services of Villa Rica is in charge of the arrangements. 770-459-3694

To order memorial trees or send flowers to the family in memory of Kirby Buford Norman, please visit our flower store.