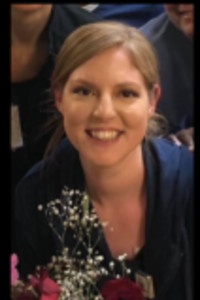 Mrs. Laura Biltgen Gossett, age 37, of Winston, Georgia, passed away Friday, January 29, 2021. She was born in Marietta, Georgia, the daughter of Mr. William "Bill" John Biltgen and Mrs. Judith Renee Epstein Biltgen. She received two Bachelor's degrees, Mass Comm and Nursing from the University of West Georgia. Mrs. Gossett worked as a registered nurse at Wellstar Cobb for nine years and most recently in the ICU at Northside Hospital in Atlanta. She was a member of Crossroads Church in Douglasville. Mrs. Gossett enjoyed traveling, hanging out with friends, wine and paint parties and loved her dogs. She is survived by her husband, John Perry Gossett, Jr. of Winston; her parents, Bill and Judy Biltgen of Marietta; her brother and sister-in-law, Patrick T. and Janel Biltgen of Clifton, Virginia; her grandmother, Terry Biltgen of Marietta; and her mother-in-law, Nancy Gossett of Villa Rica. The family will receive friends at Jones-Wynn Funeral Home, Villa Rica, Thursday, February 4, 2021 from 4:00PM until 9:00PM. Funeral services will be conducted from the Chapel of Jones-Wynn Funeral Home in Villa Rica, Friday, February 5, 2021 at 2:00PM with Rev. Chris Reynolds officiating. Following the service and in accordance with Mrs. Gossett's wishes, she will be cremated. Messages of condolence may be sent to the family at www.jones-wynn.com. Jones-Wynn Funeral Home of Villa Rica is in charge of the arrangements. 770-459-3694
To order memorial trees or send flowers to the family in memory of Laura Biltgen Gossett, please visit our flower store.