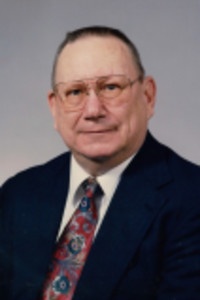 Mr. Lowell "Burnell" Redding, age 84 of Villa Rica, Georgia, passed away on Sunday, October 31, 2021. He was born November 14, 1936 in Villa Rica, Georgia, the son of the late Mr. O. M. "Monk" Redding and the late Mrs. Lucille Hilton Redding. In addition to his parents, Burnell was preceded in death by his mother-in-law and father-in-law Mae and Tom Gilland. Burnell is survived by his wife of 65 years, Betty Gilland Redding of Villa Rica, his children, Cheryl and Ernest Varney of Douglasville, Mike and Janie Redding of Villa Rica and Carol and Keith Wilde of Winston; grandchildren Adam and Jessica Varney of Carrollton, Laura and Ryan Lichterman of Los Angeles, California, Tyson and Priya Redding of New York City, New York, John and Katie Redding of Villa Rica and Jason and Jade Wilde of Villa Rica; great-grandchildren Owen and Nolan Varney, Miles and Roca Lichterman and Greyson Wilde; his sister Linda Redding Hamrick; and numerous nieces and nephews (many of whom were more like sons and daughters). Burnell was a devoted son, husband, father, grandfather, great- grandfather, uncle and friend to many. He was a 1954 graduate of Douglas County High School. He and his wife Betty followed in his parent's footsteps and ran the Rock Inn Cafe in Winston, Ga. for 30 years. Over the course of several years, Burnell bought and sold many parcels of land in Douglas and Carroll counties. He served on the Board of Directors for both Bank of Villa Rica and Regions Bank and served for almost 50 years in various positions on the Board of Directors at Greystone Power. He was a strong supporter of numerous community and civic organizations in Douglas and Carroll counties. A long time member of First Baptist Church of Villa Rica, he served as a deacon, usher and on numerous committees. Burnell was a member of the Unity Men's Sunday School Class. He was instrumental in the expansion and relocation of the church to its present site. As an avid hunter and fisherman, Burnell traveled all over the world with his family and friends and has a large collection of exotic animal trophies from his many trips to Zimbabwe. He was president of the 1st Sportsman Club in Douglas County and helped facilitate the introduction of whitetail deer and turkeys to the West Georgia area in the late 1950's. Burnell was a leader, mentor, advisor and a humble servant of God. He was generous and treated people with kindness and respect. He will be deeply missed by many. The family would like to extend their deepest appreciation to his caregivers Gilmer Sheffield and Susie Wynn. At the request of the family, for all those planning to attend any of the services for Mr. Redding, masks will be required. The family will receive friends at First Baptist Church of Villa Rica, 1483 Hwy. 78, Villa Rica, GA 30180 on Wednesday, November 3, 2021 from 10 a.m. until 12 p.m. Funeral services will be conducted Wednesday, November 3, 2021 at 12 p.m. at First Baptist Church of Villa Rica with Dr. Kevin Williams and Brother Jeff Powell officiating. Serving as pallbearers are Adam Varney, Laura Lichterman, Ryan Lichterman, Tyson Redding, John Redding and Jason Wilde. Entombment committal will follow in Meadowbrook Memory Gardens, 1100 NE Hickory Level Road, Villa Rica, GA 30180 with Rev. Lamar Rackley officiating. In lieu of flowers, those desiring to do so, may make donations In Memory of Burnell Redding to the Christian Family Ministry at First Baptist Church of Villa Rica, 1483 Hwy. 78, Villa Rica, GA 30180. Messages of condolences may be sent to the family at www.jones-wynn.com Jones Wynn Funeral Homes, Inc. and Cremation Services of Villa Rica is in charge of the arrangements 770-459-3694.
To order memorial trees or send flowers to the family in memory of Lowell "Burnell" Redding, please visit our flower store.