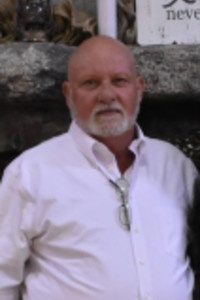 Mr. Nicolas Terry Norris, age 63, of Carrollton, passed away Friday, August 6, 2021. He was born October 19, 1957 in Spartanburg, SC the son of the late Mrs. Dorothy Norris Enfinger. Mr. Norris was a painter for many years. He loved riding motorcycles, his dogs, Susie, Puppup, Junior, and Butch, but most of all his grandchildren. In addition to his mother, Dorothy Norris Enfinger he was preceded in death by his son, Kenneth Neal Norris and sister, Wanda Warmack. He is survived by his wife, Lydia Meherg Norris of Carrollton; son and daughters-in-law, Drew Norris of Carrollton, daughter and son-in-law, Joselyn and Kevin Couch of Villa Rica; son and daughter-in-law, Nick and Jaclyn Norris of Carrollton; sister and brother-in-law, Patty and Jerry Freerkson of Portland, OR; brother, Ricky Warmack of De Moines, IA; grandchildren, Stephanie Norris, Carson Brown, Triston Norris, Brandon Norris; several nieces and nephews also survive. The family will receive friends from Jones-Wynn Funeral Home in Villa Rica, Tuesday, August 10, 2021 from 5:30 PM until 7:00 PM. According to Mr. Norris' wishes he was cremated. Messages of condolence may be sent to the family at www.jones-wynn.com. Jones-Wynn Funeral Home, Inc. and Cremation Services of Villa Rica is in charge of arrangements. 770-459-3694
To order memorial trees or send flowers to the family in memory of Nicholas Terry Norris, please visit our flower store.