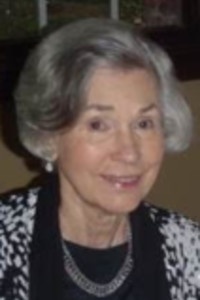 Mrs. Peggy Ann Barber Puckett, age 87, of Douglasville, Georgia, passed away on Saturday, September 18, 2021. She was born December 30, 1933 in Greenville, South Carolina, the daughter of the late Mr. John Luther Barber and the late Mrs. Ruby Smith Barber. Mrs. Puckett moved to Miami, Florida in 1941, and graduated from Miami Edison High School in 1951. Later that year she married Charlie J. (Chuck) Puckett, who was stationed there with the U.S. Coast Guard. After Chuck's tour of duty was up, they moved to the East Point, Georgia area, living in College Park for many years, then the Red Oak area, and eventually to the Douglas County area in 1982. Chuck and Peggy and their business partner, W. B. McClanahan, built and maintained the Southern Belle Apartments on Riverdale Road, near the Atlanta Airport for over 30 years until the airport took the property for the new fifth runway expansion. Peggy managed the day to day operations of the Southern Belle Apartments, as well as Premier Apartments in Union City and Mount Vernon Apartments in East Point for many years. Since 1998 when the Southern Belle Apartments were taken by the airport, Peggy has maintained other real estate holdings in the West Georgia area and Lake Wedowee, Alabama area. Mrs. Puckett was the backbone of the family, she enjoyed cooking for the family every Sunday and loved her family, grandchildren and her Southern Belle family dearly. Mrs. Puckett loved playing card games, yardwork and her animals. She loved her church and the Lord and always helped those less fortunate. In addition to her parents, Mrs. Puckett was preceded in death by her husband, Charlie "Chuck" Joe Puckett; and her sisters, Sue Oates, Gloria Horton and Joyce Christopher McClanahan. She is survived by her son and daughter-in-law, Rick and Regina Puckett of Douglasville; daughter and son-in-law, Valerie and Paul Ducasse of Douglasville; grandchildren, Ryan Puckett, Jennifer and Marty Gareau, Stefanie Drake and Christopher and Sarah Ducasse; four great-granddaughters. Messages of condolence may be sent to the family at www.jones-wynn.com. Jones-Wynn Funeral Home and Crematory of Douglasville in charge of arrangements. 770-942-2311
To order memorial trees or send flowers to the family in memory of Peggy Ann Barber Puckett, please visit our flower store.