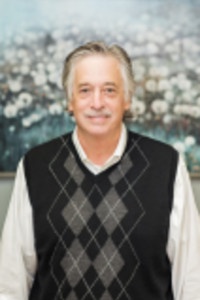 Mr. Philip "Mat" Matson Miller, Jr., age 65 of Villa Rica, Georgia passed away Sunday, August 22, 2021. He was born October 24, 1955 in Atlanta, Georgia, the son of the late Mr. Philip Matson Miller, Sr. and the late Mrs. Wanda Ruth Kidwell Miller. Mr. Miller was a veteran, proudly serving his country in the United States Navy for four years and a Navy Reservist for two years. He was a graduate of the State University of West Georgia with a Bachelor's Degree of Arts with a Major in Psychology and a Minor in Sociology. He was a dedicated family man and enjoyed everything outdoors, loved working with his boys and doing projects with his grandchildren. He loved reading and was a motorcycle enthusiast. Mr. Miller was an active member of First Baptist Church of Villa Rica, where he served as a Deacon. He enjoyed traveling and learning about different cultures, had a servant's heart and a true love for missions. Mr. Miller is survived by his wife of 47 years, Mrs. Elaine Tyson Miller of Villa Rica, Georgia; sons and daughters-in-laws, Philip Matson Miller, III and his wife, Dr. Karina Miller of Roanoke, Virginia, Jason Henry Tyson Miller and his wife, Brittany Miller of Villa Rica, Georgia, Michael Stephen Marshall Miller and his wife, Amanda Miller of Villa Rica, Georgia; sister, Melinda Miller Jones of Duluth, Georgia; brother and sister-in-law, Myron Miller and his wife, Cathy Miller of Carrollton, Georgia; seven grandchildren, Isabella and Sophia Miller, Cole, Riley, and Addison Miller, Kaytlynn Bates and Wyatt Wallace; a host of nieces and nephews also survive. The family will receive friends at First Baptist Church Villa Rica Saturday, August 28, 2021 from 10:00 AM until 11:00 AM. A Homecoming Service with military honors provided by the United States Navy Honor Guard will be held on Saturday, August 28, 2021 at 11:00 AM from First Baptist Church of Villa Rica with Dr. Kevin Williams and Bro. Wally Sheets officiating. Inurnment will follow at Meadowbrook Memory Gardens. In lieu of flowers, those desiring to do so, may make donations In Memory of Mat Miller to the Global Encouragers Ministries, P.O. Box 281945, Metro Center, Nashville, TN 37228 or to Global Sports Federation, ATTN: General Fund or Missions, 14 Anniston Court, Newnan, GA 30265 or to Villa Rica Baptist Church, Faith Promise Missions Directive, 1483 US-78 Highway, Villa Rica, GA 30180. For your convenience, see link at left. Messages of condolence may be sent to the family at www.jones-wynn.com. Jones-Wynn Funeral Home, Inc. and Cremation Services of Villa Rica is in charge of the arrangements 770-459-3694.
To order memorial trees or send flowers to the family in memory of Philip "Mat" Matson Miller, Jr., please visit our flower store.