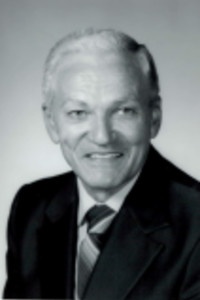 Mr. Ralph Wesley Bryant, age 85, of Villa Rica, Georgia passed away Thursday, December 17, 2020. He was born April 1, 1935 in Marietta, Georgia, the son of the late Mr. Amos Bryant and the late Mrs. Lillar Jane Passmore Bryant. In addition to his parents, Mr. Bryant was preceded in death by his son, Tim Bryant, two sisters and one brother. Mr. Bryant is survived by his wife of 62 years, Jessie Bryant; his son and daughter-in-law, Craig and Sherrie Bryant; his daughter, Eleisha Bryant; three granddaughters and their spouses, Kimberly Stewart, Holly Stewart and Jessicah Curlee; seven great grandchildren; brothers, Lanier "Bud" Bryant and Cecil Bryant and sister, Dorothy Deavers. He served in the United States Army with an honorable discharge and then began in the auto parts business at Smyrna Auto Parts in 1958. He bought the company in August of 1968 until it closed. Mr. Bryant became an ordained minister in June, 1995. The things he loved the most were God, family, church, farming, raising cows and a huge garden. Family was always precious to him the most. He was a loving husband and father and never met a stranger. The family will receive friends at The Chapel at Lifegate, 77 Conners Road in Villa Rica, Friday, December 18, 2020 from 4:00PM until 8:00PM. Mr. Bryant will lie in state at Lifegate Church, 501 Permian Way in Villa Rica, Saturday, December 19, 2020 from 10:00AM until 11:00AM followed by funeral services at 11:00AM with Senior Pastor Tony Ashmore and Pastor Jackie Sanders officiating. Musical selections will be rendered by Ellis Curlee. Messages of condolence may be sent to the family at www.jones-wynn.com. Jones-Wynn Funeral Home of Villa Rica is in charge of the arrangements. 770-459-3694
To order memorial trees or send flowers to the family in memory of Ralph Wesley Bryant, please visit our flower store.

The Chapel at Lifegate