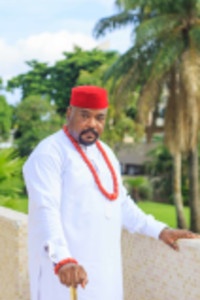 Mr. Randy Dennis Roberts was born on May 7, 1962 to Mr. Raymond A. Roberts and Mrs. Jo Ann Roberts in Miami, Florida. He received his formal education in Douglas McAthur Senior High School Miami. He passed away suddenly after a brief illness on Saturday, March 13th, 2021, at the age of 58 years. Mr. Randy Dennis Roberts worked in the trucking industry as a truck driver for many years and was employed by Danny Herman Trucking Inc., as over the road truck driver until his earthly departure. On Friday, March 13, 2021, Mr. Randy Roberts was granted his angel wings and rejoined his Heavenly family. His departure reminds us that angels are watching over us. He was preceded in death by his parents, Mr. Raymond A. Roberts and Mrs. Jo Ann Roberts. Randy was loving, opinionated, caring, unpredictable, thoughtful and always ready to help. He was outspoken yet could engage his friends and family in lengthy conversation, he enjoyed cooking, movies and had a clever sense of humor. Following our long courtship, he married the love of his life Lynda Roberts. Those who remain to mourn his passing are his wife Lynda Roberts, a host of loving sisters, brothers, nieces, nephews, great-nieces, great-nephews, aunts, uncles, cousin, In-law Aunts, mother-in-law, brother-in-laws, sister-in-law and friends. Memorial Service will be conducted Saturday, July 3, 2021 at 2:00 PM from the Chapel of Jones-Wynn Funeral Home of Douglasville with Rev. Mike Powers officiating. Messages of condolence may be sent to the family at www.jones-wynn.com. Jones- Wynn Funeral Home & Crematory of Douglasville is in charge of the arrangements. 770-942-2311 Mr. Roberts's Memorial Service will be livestreamed beginning at 2:00 PM from our Jones-Wynn Funeral Home & Crematory Facebook Page. https://www.facebook.com/joneswynnfuneralhome
To order memorial trees or send flowers to the family in memory of Randy Dennis Roberts, please visit our flower store.