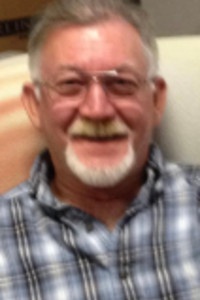 Mr. Ronald Joseph Swanson (Ronnie), age 63, of Temple, Georgia, passed away Thursday, March 3, 2022, the son of the late Mr. John William Swanson. Ronald was a great builder and enjoyed fishing, woodworking and traveling. In addition to his parents, he was preceded in death by his brothers Larry Phillip Swanson, John (Junior) William Swanson; granddaughter Madelynn Grace Swanson. He is survived by his mother, Merle Mosley Swanson; sons, Jason and Misty Swanson of Kingsland and Michael Brandon Pritchett of New Georgia; brother, Jimmy Ray Swanson of Temple; grandchildren, Taylor Mason Smith, Ethan William Swanson, Aubrey Lynn Spears, Michael Damian Pritchett and Teylor Wyatt Pritchett ; and a number of nieces and nephews. The Family will receive friends at Jones-Wynn Funeral Home Thursday, March 10, 2022 from 6:00 PM to 8:00 PM. Funeral Service will be conducted on Friday, March 11, 2022 at 11:00 AM from the chapel of Jones-Wynn Funeral Home in Villa Rica. In lieu of flowers donations may be made to the family. Messages of condolence may be sent to the family at www.jones-wynn.com. Jones-Wynn Funeral Home, Inc. and Cremation Services of Villa Rica, GA 30180.
To order memorial trees or send flowers to the family in memory of Ronald Joseph Swanson, please visit our flower store.