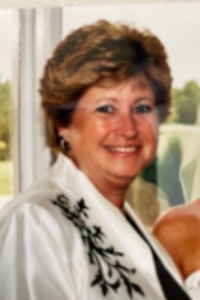 Mrs. Sheila Davis Wallace, age 66, of Carrollton, Georgia, passed away Friday, October 8, 2021. She was born May 4, 1955 in Lumberton, NC, the daughter of the late Mr. Thomas L. Davis and Mona Ann Barnes Davis of Evergreen, NC. She worked over 30 years for the Douglas County Board of Education. Mrs. Wallace loved her grandchildren and playing games and activities with her family. She also enjoyed shopping and loved to cook. In addition to her father, Mrs. Wallace was preceded in death by her brother Billy Davis. In addition to her mother, she is survived by her husband Randy Lee Wallace of Carrollton; daughters and sons-in law Christy and Jeff Kinney of Winston, Georgia, Alicia and Stephen Williams of Calhoun, Georgia, and Randa and Mark Hutchins of Winston, Georgia; sister Stella Heverly of Evergreen, NC; brother Tommy Davis of Mobile, AL and brother and sister in law Charlie and Laura Davis of Asheville, NC; grandchildren Wyatt Kinney, Weston Kinney, Sarah Williams, Raegan Williams, Jillian Gaddis, Rylan Gaddis, Wallace Hutchins, Sydney Hutchins, and Peyton Hutchins. The family will receive friends Wednesday October 13, 2021 from 11:00 A.M. until 1:00 P.M at the Chapel of Jones-Wynn Funeral Home in Douglasville, Georgia with funeral following at 1:00 P.M. Reverend Stephen Williams will be officiating and interment will be at Sunrise Memorial Gardens. In lieu of flowers, those desiring to do so, may make donations In Memory of Sheila Wallace to Ducks Unlimited, One Waterfowl Way Memphis, TN 38120 or www.ducks.org then click donate. Messages of condolence may be sent to the family at www.jones-wynn.com. Jones-Wynn Funeral Home, Inc. and Crematory of Douglasville is in charge of the arrangements 770-942-2311.
To order memorial trees or send flowers to the family in memory of Sheila Davis Wallace, please visit our flower store.