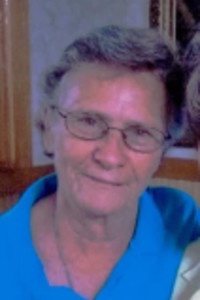 Ms. Shirley Mann Yancey, age 78, of Temple, Georgia passed away October 24, 2020. She was born January 29, 1942 in Temple, Georgia, the daughter of the late Joe "J.M." Mann and the late Sara Mote Mann. She was also preceded in death by her brother, Bobby Mann. Ms. Yancey was of the Baptist faith and a member at Bethel Baptist in Temple, Georgia. She was employed by Carroll County School Systems for greater than 40 years, working in the lunchroom at Villa Rica Elementary School and driving a school bus for the Villa Rica School district. She touched many lives, especially the students in the Villa Rica school system. Ms. Yancey always left a positive, lasting impression on everyone she met. She is survived by her daughters, Tammy (Rick) Jordan of Temple, Tricia Smith of Bremen and Rose (Chris) Vaughn of Carrollton; her son, Terry (Kathy Parker) Yancey of Temple; her grandchildren, Stephanie Allred of Heflin, Alabama, Terri Leigh Ann Yancey of Sand Rock, Alabama, Kayla Thomas of Temple, Darrell Vaughn and Lexi Vaughn, both of Carrollton; nine great grandchildren; her former husband, Robert Yancey and his wife Joyce of Leesburg, Alabama; her beloved dog and companion, Baby and many nieces, nephews, other family members and many close friends. The family will receive friends at Jones-Wynn Funeral Home in Villa Rica, Tuesday, October 27, 2020 from 2:00PM until 4:00PM and from 5:00PM until 9:00PM. Funeral Services will be conducted, Wednesday, October 28, 2020 at 11:00AM from the Chapel of Jones-Wynn Funeral Home, Villa Rica with Rev. Shae Tallent officiating. Serving as pallbearers will be Rick Jordan, Mike Harris, Nick Nicholas, Dylan Lahmann, Jacob Hannan, and Frank Roberson. Honorary pallbearer will be Chris Thomas. Interment will follow in Meadowbrook Memory Gardens on Hickory Level Road in Villa Rica, Georgia. Messages of condolence may be sent to the family at www.jones-wynn.com. Jones-Wynn Funeral Home of Villa Rica is in charge of the arrangements. 770-459-3694
To order memorial trees or send flowers to the family in memory of Shirley Mann Yancey, please visit our flower store.