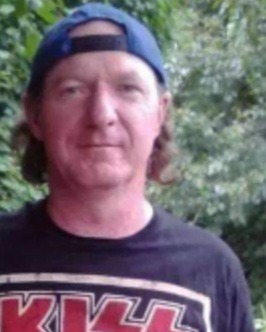 Terry Leroy Adams, Sr., age 54, of Douglasville, passed away Friday, October 21, 2022. He was born September 9, 1968 son of the late Mr. Raymond Ben Adams and the late Mrs. Virginia Myrtle Hulsey Adams. Mr. Adams loved his grandkids and spending time with them. He had a giving heart. KISS was his favorite band; and enjoyed NASCAR and pulled for Jeff Gordon. He enjoyed all types of building and piddling.

In addition to his parents he is preceded in death by his daughter, Dixie Adams; brothers, Raymond Jacobs, Kenny Adams, and Gary Lee Adams.

The family will receive friends at Jones-Wynn Funeral Home in Douglasville on Saturday, October 29, 2022 from 2:00 PM until 3:00 PM. The memorial service will follow at 3:00 PM with Brother Robert Dilbeck officiating.

To order memorial trees or send flowers to the family in memory of Terry Leroy Adams, Sr., please visit our flower store.