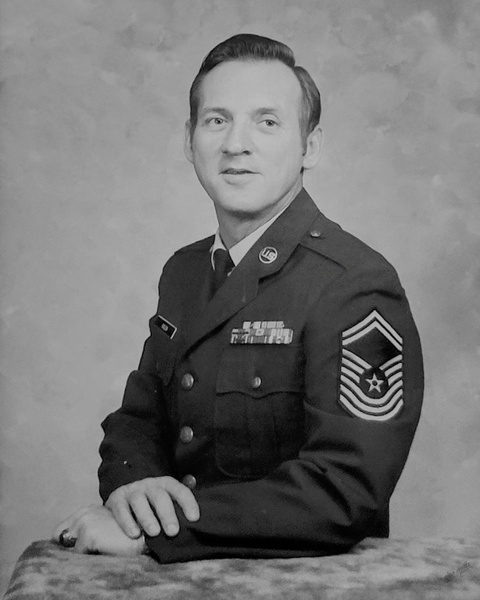 Mr. Thurman Lee (Bunk) Bolen, Jr. 90, of Douglasville, Georgia passed away Saturday, September 17, 2022 at Legacy Ridge Assisted Living of Lithia Springs. He was born October 21, 1931 at Boissevain, Virginia, the son of the late Thurman Lee Bolen, Sr. and step-mother Mrs. Buelah Bolen and mother Mrs. Adrienne Morris Kesel. He was a retired Chief Master Sergeant of the United States Air Force. He, his college roommate and four others from the area entered the Air Force during the Korean War.

He retired from the Air Force at the end of the Vietnam War. After his military service he worked at Rhodes Furniture Company in Albany, Georgia and as a federal employee at the Marine Corps Logistics Base in Albany. He transferred to New Orleans, Louisiana to work for
the Department of the Interior (Minerals Management Service) until his retirement. He was devoted to his family and was especially proud of his grandchildren.

He married Delphia Eleanor Bentley in January 1952 while on leave from an Air Force Base near San Francisco, California. They had dated in high school and college. Their three sons were born at bases in Arizona, Washington, DC and Madrid, Spain. He was an avid sports fan
and he encouraged his sons to participate. He coached their youth sports teams.

He was an active member of First Baptist Church in Douglasville serving as deacon and ministering to homebound members. He served with the chaplain at Wellstar Douglas Hospital for several years.

In addition to his parents, he was preceded in death by his wife, Delphia Eleanor Bolen, sons Larry Lynn Bolen and Garry Lee Bolen, brother, Jerry  Bolen.

To order memorial trees or send flowers to the family in memory of Thurman L Bolen, please visit our flower store.