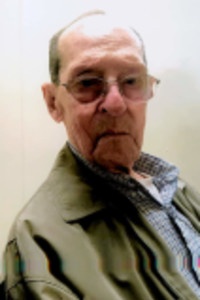 Mr. Wilbert Rufus Carter, age 87, of Lithia Springs, passed away Thursday, October 7, 2021. He was born June 14, 1934 in Rockmart, GA the son of the late Mr. Carse P. Carter and the late Mrs. Ella Mae Carter. Mr. Carter was the production manager for Caraustar Industry in Austell for 49 years. He was a loving husband, father, and grandfather. In addition to his parents, he was preceded in death by numerous brothers and sisters. He is survived by his wife of 67 years, Shirley Montgomery Carter of Lithia Springs; daughters and son-in-law, Judy and Curtis Shipley of Douglasville, Brenda Gail Helton of Fairburn; son and daughter-in-law, Johnny and Andrea Carter of Douglasville; sister, Claudie Harding of Aragon, GA; 6 grandchildren; 12 great grandchildren; several nieces and nephews also survive. The family will receive friends at Jones-Wynn Funeral Home Monday, October 11, 2021 from 12:00 PM until 2:00 PM. Funeral Services will be conducted Monday, October 11, 2021 at 2:00 PM from the Chapel of Jones-Wynn Funeral Home with Rev. Terry Marbut officiating. Interment will follow at Sunrise Memorial Gardens in Douglasville. Messages of condolence may be sent to the family at www.jones-wynn.com. Jones-Wynn Funeral Home and Crematory of Douglasville in charge of arrangements. 770-459-3694
To order memorial trees or send flowers to the family in memory of Wilbert Rufus Carter, please visit our flower store.