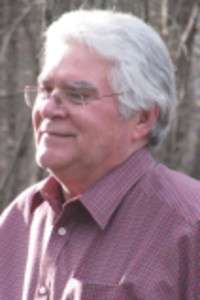 On Monday, June 28, 2021, William Thomas "Bill" Schmidt, loving husband, father, and grandfather passed away at the age of 70. Bill was born on January 7, 1951 in New York, NY. He is survived by his wife of 20 years, Joya Christie Schmidt, his daughters Kelly and Jodi and their mother Linda DuFresne Schmidt. He helped nurture and raise Joya's three sons, David, Charlie, and Jonathan Foley. Bill's passion for music and for fishing were unmatched. His love of music was shared and passed on to his daughters, granddaughters, stepsons, and grandsons – and his songs were an expression of the deep love he had for his family. His recordings will be cherished by all. Bill's patience was no more apparent than when he was fishing, he enjoyed passing along his expertise to anyone who would listen and loved recruiting new fishermen. He was known for his warm smile and his kind and compassionate spirit. Bill was preceded in death by his father, William Henry Schmidt, mother Elizabeth Deacon, and his sister Elizabeth Holdsworth. He will be lovingly remembered by his wife Joya- daughters Kelly (Michael) Verlatti, Jodi (Brad) Warhanek and his much-adored granddaughters, Olivia and Ella Warhanek and his sisters, Theresa (John) Sorensen, Penny Deacon (Kathie), Sandy (Dom) Patamia, Kristy Blankeny, Brenda Griego and Linda Apocada, his stepmother Linda Sigman, his stepsons David (Kathie), Charlie and Jonathan (Laura) Foley and their children, Brittany (Brandon) Watts, Steven (Michelle) Tavenner, Seth, Wyatt and Gabriel Foley, Joya's sister in law, Vivian Christie, her brothers, Gary (Francis) Christie, Dan (Sarah) Christie and their children. He will be fondly remembered by his nieces, and nephews, chosen family and countless friends. Bill worked as a Project Manager at Aptar in Atlanta, Georgia for the past 14 years. He was a very dedicated to his job and had a fondness for all his co-workers. He always ended the day with the song "Happy Trails to You . . . Until We Meet Again." A celebration of life is planned for Saturday, July 24 at Jones-Wynn Funeral Home, Douglas Chapel in Douglasville, Georgia with visitation at 10 AM and service beginning at 11 AM. Reverend Joe Bryce of Providence Presbyterian Church, where Bill was a faithful member and elder, will officiate along with Rabbi Lydia Medwin from The Temple in Atlanta, where Joya has worked for 18 years. The services will be streamed on the Jones-Wynn Funeral home Facebook page for those who cannot join in person. In lieu of flowers, please donate to the American Foundation for Suicide Prevention (afsp.org) or The Atlanta Music Project (atlantamusicproject.org). Messages of condolence may be sent to the family at www.jones-wynn.com. Jones-Wynn Funeral Home & Crematory of Douglasville is in charge of the arrangements. 770-942-2311
To order memorial trees or send flowers to the family in memory of William "Bill" Thomas Schmidt, please visit our flower store.