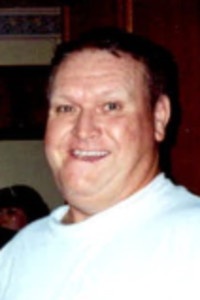 Mr. William "Dennis" Weathington, age 67, of Winston, Georgia, passed away Wednesday, May 5, 2021. He was born December 3, 1953 in Douglasville, Georgia, the son of the late Mr. Herman Weathington and the late Mrs. Genell Agan Weathington. He worked as a bus driver for Douglas County Schools for over 10 years. Mr. Weathington was a very kind man, who never met a stranger and loved to talk. He was of the Baptist faith and a member of Liberty Baptist Church. In addition to his parents, Mr. Weathington was preceded in death by his maternal and paternal grandparents. He is survived by his sisters and brother-in-law, Kathy (Len) Padgett and Lynn Weathington; his brother and sister-in-law, Ronald (Pat) Weathington; his niece and her husband, Kerry (David) Mooney York; nephews and their spouses, Wesley (Kelly) Corkill, Baxley (Chasity) Corkill and Jake Mooney; his great nieces, Bailey Corkill, Stormie Corkill, Karrigen York and Malley Corkill; and his great nephews, Graysen York and Aiden Corkill. The family will receive friends Saturday, May 8, 2021 from 10:00AM until 12:00Noon at Liberty Baptist Church in Winston, Georgia. Graveside service will be conducted at Liberty Baptist Cemetery Saturday, May 8, 2021 at 12:00Noon with Rev. Josh Agan officiating. Messages of condolence may be sent to the family at www.jones-wynn.com. Jones-Wynn Funeral Home, Inc. and Cremation Services of Villa Rica is in charge of the arrangements 770-459-3694.
To order memorial trees or send flowers to the family in memory of William "Dennis" Weathington, please visit our flower store.