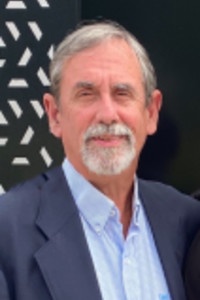 Bill Parham, 70, of Villa Rica, Georgia passed away Friday, October 1, 2021. He was born December 20, 1950 in Toccoa, Georgia, and was the proud son of Mr. William Howard Parham, Sr. and the late Mrs. Betty Moselle Taylor Parham. He spent most of his life in Columbus, Ga ultimately graduating from Columbus High School and Columbus State University. After spending four years in the Georgia National Guard, he went on to have a successful career in Manufacturing. He was a mechanical engineer through and through and could often be found tinkering around or building a new contraption in his shop. There was nothing Bill couldn't draw, build, or fix and he was often to the go-to call from his kids when a car broke down or when a handy man was needed. He married the love of his life, Troyanne Stapleton Parham, on a hot July day in Eufaula, Alabama and they built a wonderful life together. They shared four children who adored him and five grandchildren who affectionately knew him as "Poppy." He was an avid Georgia Bulldogs fan, a lover of ice cream, and a true outdoorsman who loved being on the water. He was also a member of Midway Church. Bill is preceded in death by his brother Bob Parham; his mother, Betty Moselle Taylor Parham; as well as his grandparents Gilliard Burmah "Poppy" Taylor and Myrtle Nicholson "Mimi" Taylor; Furman Merritt "Grandaddy" Parham and Sallie Carson "Granny" Parham. He is survived by his wife Troyanne Stapleton Parham of Villa Rica; his daughters and sons-in-law, Sallie and Barrett Napps of Villa Rica, Brett Taylor and Zachery Smith of Villa Rica and Haley Parham of Columbus; his son and daughter-in-law, Trey and Geena Parham of Villa Rica; his father, Mr. William Howard Parham, Sr. of Columbus; brother and sister-in-law, Michael and Linda Parham of Hammond, Louisiana; grandchildren, Rylee, Zoey, Raygen, Harlon and Theo; as well as several nieces and nephews. The family will receive friends at Midway Church in Villa Rica, Georgia on Tuesday, October 5, 2021 from 2:30PM until 4:00PM followed by a Celebration of Life at 4:00PM at Midway Church with Pastor Chad Clifton officiating. In lieu of flowers memorial donations may be given to the Georgia Conservancy at https://www.georgiaconservancy.org/support. Messages of condolence may be sent to the family at www.jones-wynn.com. Jones-Wynn Funeral Home & Cremation Services of Villa Rica will be overseeing the arrangements. 770-459-3694
To order memorial trees or send flowers to the family in memory of William Howard Parham, Jr., please visit our flower store.